Meet Cindy Mack, the AAST member of the month!

Every month, the AAST will highlight the accomplishments of one of our talented members. Want to nominate someone or yourself as the AAST's member of the month? Fill out our form at the end of this article!

Meet Cindy Mack, who is a clinical research coordinator at Advanced Sleep Medical Center in Metairie, Louisiana!
Cindy is from New Orleans, Louisiana and stumbled into her sleep medicine career in 1982.  A microbiologist by training, Cindy ended up accepting a position in medicine when there was a hiring freeze at the Univeristy of Jackson Medical Center.
"I always loved researching science as a kid and that interest has been carried on throughout high school and college, and even to this day," Cindy said.
She started in research with Dr.Kramer and did a number of research projects with him that include: UPPP success rates, lucid dreaming and sleep apnea while at Bethesda Hospital.  She also became a sleep technologist fellow at Tulane University.
Cindy has had an extensive career as a sleep technologist from being the chief sleep technologist at Dupage County Hospital in Winfield, Illinois to winning the Mary Carskadon Award for Original Research by a Sleep Technologist in 2001.
Cindy's research has appeared in several research papers including:

The biggest benefits of being an AAST member according to Cindy?
"It's the great networking opportunities that are involved and being able to connect with many sleep technologists in the field," she says.
The one key piece of advice Cindy would like to give to young sleep technologists that are starting their career is to read as much as you can.
"Being a sleep technologist is not being able to slap electrodes on patients, but rather is about continuing your education.  Anything less is not doing your patients justice," adds Cindy. "That's a reality not a fantasy."
Want to nominate someone you know as our next member of the month? Click on the button below to nominate someone today! 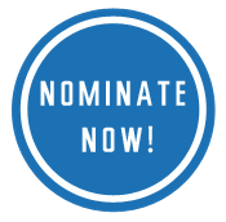