Do I Have Narcolepsy? How Polysomnography and MSLT Help Us To Understand

How can you tell if a patient with excessive daytime sleepiness has narcolepsy?

Do I have narcolepsy, since I fall asleep so easily?  This may be a question you ask yourself before you undergo a polysomnography test.   But before you jump to that assumption it's best to check with your sleep physician first.

It's quiz time! Which of the following patients most likely has narcolepsy?

a)  A patient who falls asleep during the day at inappropriate times.

b)  A patient who has episodes of muscle weakness brought on by emotions such as laughing.

c)  A patient who has nightmares just when he or she is starting to fall asleep.

d)  A patient who has feelings of paralysis at sleep onset or on awakening.

For those of you who guessed "all of the above" the good news is that you're right!  Most people recognize narcolepsy as a condition in which you experience sleep attacks or a sudden urge to fall asleep randomly, but this is just one aspect of narcolepsy.  Even more common are cataplexy, and patients with narcolepsy may also suffer from simple sleep deprivation and obstructive sleep apnea.

Let's try again, which of the following fictional patients most likely has narcolepsy?

a)  A 31-year-old female patient who says, "Doc, I'm too tired during te day and can't do the house work. I just have to sit down and fall asleep."

b)  A 38-year-old male truck driver who says, "I get so tired on the road that I have to pull over and go to sleep.  If I don't I'm scared I'll get into an accident."

c)  A 44-year old male office worker who says, "I need to drink 3 cups of strong coffee every morning before my morning meeting.  It's all I can do to prevent myself from falling asleep."

d)  A 21-year-old female student who says, "I remember I was listening to my friend...and the next thing I remember is him standing over me asking me if I'm awake and whether everything is OK."

e)  A 70-year-old male patient who says, "I've always fallen asleep easily during the day, but it's gotten worse and now my wife says I need help."

The question is sneaky, especially without testing all five patients in a sleep center setting using PSG and MSLT

Which brings us back to our point that falling asleep during the day does not equate to the patient having narcolepsy.  It's like saying that all chest pain is a heart attack or all coughs are indicative of pneumonia.

So what's the answer? 4 out of five patients we just presented do not have narcolepsy, in fact only one of them does.  The correct answer is "d".  The quiz above was to illustrate that narcolepsy should not be perceived as a one dimensional sleep disorder.

Patients suspected of having narcolepsy are usually diagnosed by an overnight polysomnogram (PSG) followed by a daytime study called a Multiple Sleep Latency Test (MSLT).  Narcolepsy may be treated by a sleep physician or a neurologist.

Dr. Rosenberg describes the PSG findings in a  patient with excessive daytime sleepiness who undergoes an overnight study the night prior to MSLT.

What makes this case so fascinating is the discussion surrounding narcolepsy, the testing methods used to identify this sleep disorder and the patient care needs sleep technologists must understand.

The Case of The Month #26 Daytime Sleepiness Prior to MSLT is available here and awards 1 CEC upon completion. 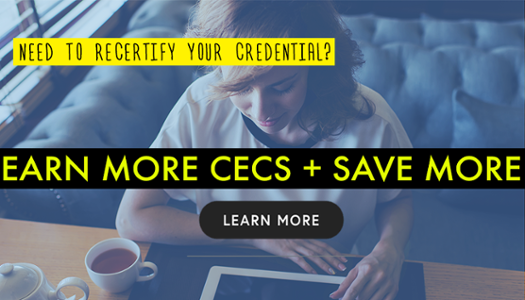