Athlete Performance and Sleep: Tips From a Sleep Specialist

Did you know that the best athletes are coached to adopt optimal sleep habits? Learn about the relationship between athlete performance and sleep.

Usually the JET fans chant “J-E-T-S” JETS JETS JETS! This past week as they watched their team compete at a high level of energy, they may have changed that chant to R-E-S-T- REST REST REST! In appreciation for the work of their sleep specialist coach! That’s right-a Sleep Specialist was brought in to help them prepare for the game.

The NY Jets football team travelled overseas to London this past week for a game against the Miami Dolphins.

Part of their preparation for this time zone change included a visit from a sleep specialist.

While one of the players admitted he fell asleep as soon as the sleep specialist turned down the lights to start the presentation, (an obvious sign of a sleep deprived player), the rest of the players apparently were quick studies and as a result they played a crisp clean game and showed no signs of jet lag or lethargy from the change in locale.

As a matter of fact, the TV announcers exclaimed that the sleep specialist was a genius! This is high praise for the often overlooked value of the sleep factor in athletic competition. The JETS came home as winners in a 27-14 victory.

The game was played at 9:30 AM NY time which translates to 2:30 PM London time. The team left on Thursday evening and played on Sunday which gave them Friday and Saturday to get settled into the new time frame. It was important for these highly skilled athletes to feel comfortable and rested in order to perform at the max of their ability and so as to avoid injuries. So what preparations did the sleep specialist review and discuss?

According to news reports, among the topics they discussed were:

The advice was to try and sleep earlier and get up earlier to prepare them in the days prior to leaving and help them to avoid jet lag in anticipation of the time difference. They also were advised to try and get extra rest hours. I also have heard it is helpful to set your watch to local time as soon as you arrive overseas! Many devices do this for us, automatically changing time zones without any need for human intervention.

Players were advised that it is important to stay hydrated especially on long flights. Staying hydrated is good for the brain as well as the rest of the body. And a well hydrated brain and body will help you sleep better and consolidate memory for all the training and information you have learned.

In order to promote sleep, the players were counseled on the need to cut coffee and other caffeine products such as chocolate which could prevent them from initiating sleep.

They were advised to limit the use of cell phones, laptops, and other devices for the few hours previous to sleep as the light from these devices tricks the body and interferes with initiating sleep. Also it was suggested they wear special glasses to block out blue light if they did need to view electronic devices.

Players also were advised to stretch more as sleep in a crowded confined airplane space could cause tightness in their arms and legs. Without proper stretching, they were at risk for injuries such as pulled hamstrings!

I am happy to see that more trainers and coaches are taking into account the value of sleep training. Perhaps a few more positive results, such as the Jets victory this weekend, will persuade coaches and trainers to explore the many benefits of a well rested athlete.

It would be wonderful to see more high school and college team coaches “open their eyes” to the value and need for proper sleep for their athletes! 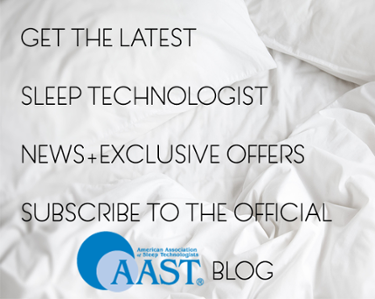