10 Cool Things To Do While You're in Branson, MO For Our Fall Course

What is there for me to do while I'm visiting Branson, Missouri?

So you're visiting Branson, Missouri to attend the American Association of Sleep Technologists' fall course "Beyond OSA: Diagnosis, Comorbidities and Therapy of Sleep Related Breathing Disorders".  (If you haven't registered for it yet here is your chance.)

Well, the great news is that there are a lot of things to do while you're in Branson, which is nicknamed the Live Entertainment Capital of The World. It's hard for us to narrow down just 10 things to do in Branson, but here is what the locals and experts rave about the most!

What it is: The ship-shaped museum is an interactive display that delves into the history of the tragic fate of the Titanic. For those of you who don't know what happened to the ship: the Titanic hit an iceberg and sank (and this story was widely popularized by the classic film, The Titanic.) As you enter the Titanic museum in Branson, which itself is a half-scale model of the Titanic, you'll be handed a ticket with the name of one of the Titanic's passengers. Make your way through the Branson Titanic exhibits to the Memorial Room, where you'll find out if your passenger died or lived through the disaster.

How far is it from the Beyond OSA Fall course location? It's about a 13 minute drive from the convention center.

2. Go to the Sight & Sound Theatres

What it is: Sight & Sound Theatres is the largest faith-based live theatre in the country and has been described as "Christian Broadway." It's been called the "best show" in Branson and is recommended for family visits! The 2000-seat theatre also hs a massive 300-foot wrap-around stage, a professional cast, sets up to 40 feet high and a variety of live animals.

How far is it?  It's about a 10 minute drive from the convention center.

3. Take a tour of the Marvel Cave in Silver Dollar City

What it is: Marvel Cave was known by the Osage Indians in the early 16th century, after a tribe member fell through the cave's main entrance, a sinkhole. There is evidence that in 1541 the Spanish explored the cave, but the first recorded expedition was in 1869, led by Henry T. Blow. There are also "lantern light tours" that give small groups of visitors a close look at the cave's history.

What's even better is that you can also take advantage of the rides at Silver Dollar City, Branson's most popular theme park for over 50 years. This amusement park offers 30 different rides & attractions, 40 live shows daily, 60 unique shops, a dozen family restaurants and over 100 demonstrating craftsmen.

How far is it?  It's about a 24 minute drive from the convention center.

4. Take a ride on a hot air balloon

What it is: Parakeet Pete's Steampunk Balloon is one of the few vendors in Branson that offers hot air balloon rides.  With an industrialized Steampunk theme, the balloon ride goes up to 188 feet in the air and allows visitors to get a view of Lake Taneycomo, the Ozark Mountains, and Branson Landing. Many visitors recommend taking the balloon ride in the evening until it stops running at 9:00 p.m.

How far is it?  It's about a 7 minute drive from the convention center.

What it is: If you're looking for some sit-down fun, consider attending a night at the Branson Murder Mystery Dinner Theater for their ongoing performance of "Murder at Long Branch Saloon.” The Branson Murder Mystery play staff is well-known for reaching out to audience members to cast several roles in “Murder at Long Branch Saloon” to see if there’s a hero among them to help solve the crime of the night. For anyone who loved the stories played out on television on Gunsmoke, Bonanza, or any number of shoot-em-ups on the big screen; this is the show for you!

How far is it:  It's about a 16 minute drive from the convention center.

What it is: This veterans' museum isn't like most others.  With over 2000 exhibits in 10 great halls progressing through the wars of the 20th Century, including WWI, WWII, Korea, Vietnam and the Persian Gulf, there's plenty to learn in this museum filled with memorabilia including art, weapons, photos, uniforms, and more.

How far is it: It's about a 12 minute drive from the convention center.

7. Take a sip at the Stone Hill Winery

What it is: Ranked as the third largest in the world, the Stone Hill Winery was established in 1847 and is currently listed on the National Register of Historic Places. The winery is set high on the bluffs overlooking the Missouri River, where you can imagine that the terrain reminded German settlers of their native Rhine River valley. Tours of the 162-year-old arched cellars, where wine is still stored, end in the tasting room, where you can try the chardonel, a dry, buttery white that's similar to a chardonnay, and the limited-edition vintage port.

How far is it: It's about a 20 minute drive from the convention center.

8. Have a drink at a dueling piano bar

What it is: The Ernie Biggs Dueling Piano bar features live music with pianists, other instrumentalists, singers and bands. They often challenge visitors to name any song to prove that they can play it.

How far is it? It's about a 2 minute drive from the convention center and about a 6 minute walk.

9. Feed the trout at Shepherd of the Hills Fish Hatchery

What it is: Located in Taney County just below the Table Rock Dam, Shepherd of the Hills is the Department’s largest trout-rearing hatchery. The hatchery produces between 350,000 and 400,000 pounds of rainbow and brown trout each year. You can take tours of the hatchery and even feed the fish while learning about Missouri's conservation efforts. Eighty percent of production goes into Lake Taneycomo. The Department uses the remaining 20 percent to stock other Missouri trout-management areas.

How far is it? It's about a 25 minute drive from the convention center.

10. Learn about the Ozarks at the Ralph Foster Museum

What it is: The primary focus of the Ralph Foster Museum today is to collect, preserve, interpret and exhibit items relating to the Ozarks region. One of the more famous exhibits is the original vehicle used in the television series "The Beverly Hillbillies." In addition, visitors will find antiques, weapons, dolls, natural history and other items from around the world.

How far is it? It's about a 9 minute drive from the convention center. 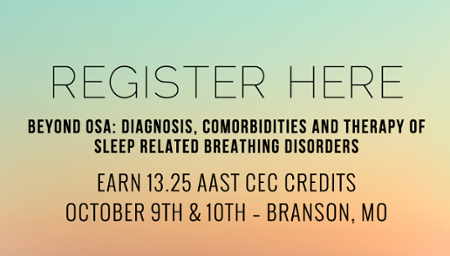