Getting the Athlete Back in the Game Safely: Concussions and Sleep

What's with concussions and sleep?

Lately much attention has been paid on professional, college, and all other levels in sports with regard to how to prevent concussions and how to treat athletes that may be concussed.  This is very important as concussions can have long lasting detrimental effects. Recovery from a concussion can take longer for young children and teens.  And if they have had a concussion, they are at increased risk for having another one and it may take even longer for recovery after several concussions.

The symptoms of a concussion can include difficulty thinking clearly, headaches, blurred vision, irritability, nausea, sadness, feeling more emotional, trouble sleeping, anxiety, and sleeping more than usual.  Many of these same symptoms are familiar to sleep medicine professionals as they often occur when patients are sleep deprived or have sleep disorders.

In order to assist with assessing and treating a high school or middle school athlete who might experience a concussion, many schools or athletic trainers and some community hospitals are performing preseason baseline testing on athletes which measures such variables as the   athletes’ reaction time, memory, and ability to focus and pay attention.  Whole teams are being brought to a hospital or sports medicine facility to participate in baseline team testing.  Once they have these baseline scores the medical and training staff can use them to compare to testing performed on these same athletes post concussion.  The players are typically banned from play until the post-concussion scores improve.

But are these baseline scores accurate?

Could these scores be skewed by testing being administered to a young sleep deprived high school athlete?  Does sleep deprivation impact the cognitive testing scores or the symptoms experienced by these athletes?

According to a study done in 2013, and presented at the American Orthopedic Society meeting for Sports Medicine, which included 3,600 high school and college aged athletes, athletes who slept fewer than 7 hours the night before baseline testing had significantly lower scores than expected on reaction time, verbal memory, and visual memory.  They also showed significant differences in the number of the symptoms that they reported experiencing when compared to two other groups.  Those groups slept either 7 to 9 hours, or more than 9 hours.

However, a new study entitled Relationship between Short Sleep Duration and Preseason Concussion Testing (in the May 2016 issue of Clinical Journal of Sports Medicine) tested 2,928 student athletes and found no relationship between sleep duration and cognitive testing results among groups that slept different durations.  They did however, as in the other study, note that there were more reported post concussion symptom scale items from the participants that slept fewer hours.  They noted this occurred with both the males and females that had insufficient sleep and was even more pronounced in the female participants.  The authors of this 2016 study stated that clinicians should routinely ask athletes how they slept the night before testing and consider delaying testing or retesting athletes until they have slept appropriately.

So while the studies seem to contradict each other regarding the impact of sleep deprivation on cognitive testing, both tests seem to indicate that insufficient sleep has an impact on the baseline and post concussion testing for symptoms.  Deciding when an athlete is truly safe to go back on the field is a very serious and important decision.  Any indication of shortened duration sleep having an impact on the results should be carefully reviewed and taken into account.

We need to do more than ask how long an athlete slept and then proceed with the testing regardless of the fact that they are sleep deprived.  The results of the testing are only as reliable as the information we put into the test.  We may need to be creative in order to obtain accurate results on the preseason testing, such as testing during the summer when teens are not as sleep deprived due to school start times, practices, and sport practices.  Maybe they could be performed during school winter breaks… or maybe coaches could cancel practices on the two days before testing in order for their athletes to get some extra sleep after their homework is done.

The progress we have made in preventing and guarding athletes from experiencing or playing with concussions is to be admired.  But let’s make sure we are “going all the way” with the tools we have at hand.  We can’t say ‘it’s good enough” when we record baselines.  We need to be able to rely on this information to make critical decisions!  Testing should be repeated if there is any indication of short sleep duration.  The athletes need to understand the importance of sleeping well, in advance of testing.  They need to take the testing seriously as a brain injury is not something to take lightly.  False or skewed information may put them back on the field of play prematurely and this could put them at risk for further injury.

The results of baseline testing need to be as correct as we can get them.   Sleep is not an optional activity - especially for teenage athletes!  They should strive for 9 hours sleep per night.  As a matter of fact, they should understand that sleep is part of their athletic training…. It impacts their performance and getting enough sleep could help them be alert enough to avoid a concussion in the first place.  But I will leave that article for another day!

About the author Brendan Duffy

Brendan has worked in sleep technology for the past 18 years and has been a regular member of the AAST for the past 16 years. Brendan has been a member of the AAST Membership Committee for the past few years and has contributed regularly to the AAST blog since its inception in 2015.  While interested in all facets of sleep medicine, Brendan has a special interest in sleep medicine  in connection with sports medicine and has written several articles as well as given presentations about how sleep  impacts athletic performance, training, and recovery. 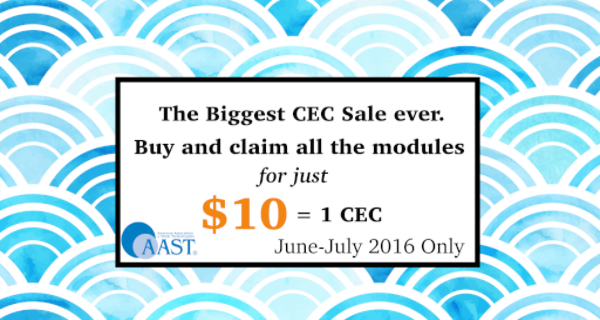