Sleep and Athletic Performance: Winning the Game With Quality Sleep

When we think of sleep issues and sleep disorders, we rarely focus our attention on local high school, college, or professional athletes. But there is a vast amount of work and information that needs to be considered when it comes to this unique segment of our community.

While schoolwork and practices actually cause many team players to skimp on sleep, they are in need of even more sleep than the average person their age as their workouts require a downtime to repair and rebuild their bodies after each intense practice session.

One way to motivate these athletes to pay attention to their sleep is by citing studies that have been done that indicate measurable positive increase in performance for those athletes that are meeting their sleep needs.

A study conducted at Stanford University a few years ago showed that the basketball teams improved their performance by extending their sleep time! After a period of only 5 to 7 weeks of sleeping 10 hours a night, the players' free throw percentages increased by 9%. They also cited decreased fatigue and better practices.

It would appear that coaches may be unwittingly sabotaging their own team's ability to be successful by over-training at the expense of a good night's sleep.

Sleep and athletic performance: How quality sleep can benefit teams, players, and coaches

Many students in general are already carrying a sleep debt due to their academic and social schedules and responsibilities. To add to this sleep debt by overdoing training, may actually lead to more injuries as well as decreased reaction times in the actual games.

These athletes are under-served and this represents a unique educational opportunity for sleep technologists. We need to make sure that coaches and trainers are aware of such topics as early birds and night owls, the impact of time-zone travel and jet lag, and the need for tissue repair and injury repair via an adequate rest period. They also need information as to when to schedule practices, training, and games to optimize the team's performance.

Coaches and sports teams also need to be made aware of the many sleep disorders that could impact both their team staff and players. This should include education on sleep apnea, narcolepsy, delayed sleep phase syndrome, insomnia, etc.

Ask the coaches and trainers if they have ever considered what the players consume as snacks or beverages before sleep. Explain to the teams that caffeine and alcohol are to be avoided before bedtime as well as dairy products. Offer alternatives to promote sleep such as water, dried fruit, nuts, or perhaps cereal.

Are the coaches and trainers non-believers in the benefits of rest? Let them know the following:

I hope these suggestions help you to score some "sleep awareness points: with your local hometown team.

Visit the AAST website for training modules in advanced topics for sleep professionals; there are many educational tools available to assist you to expand your knowledge of sleep and sleep disorders. And I hope that when your coaches and trainers implement sleep extension as part of their training that they result in wins on the playing field...except of course when your teams are playing my teams. Wink wink! 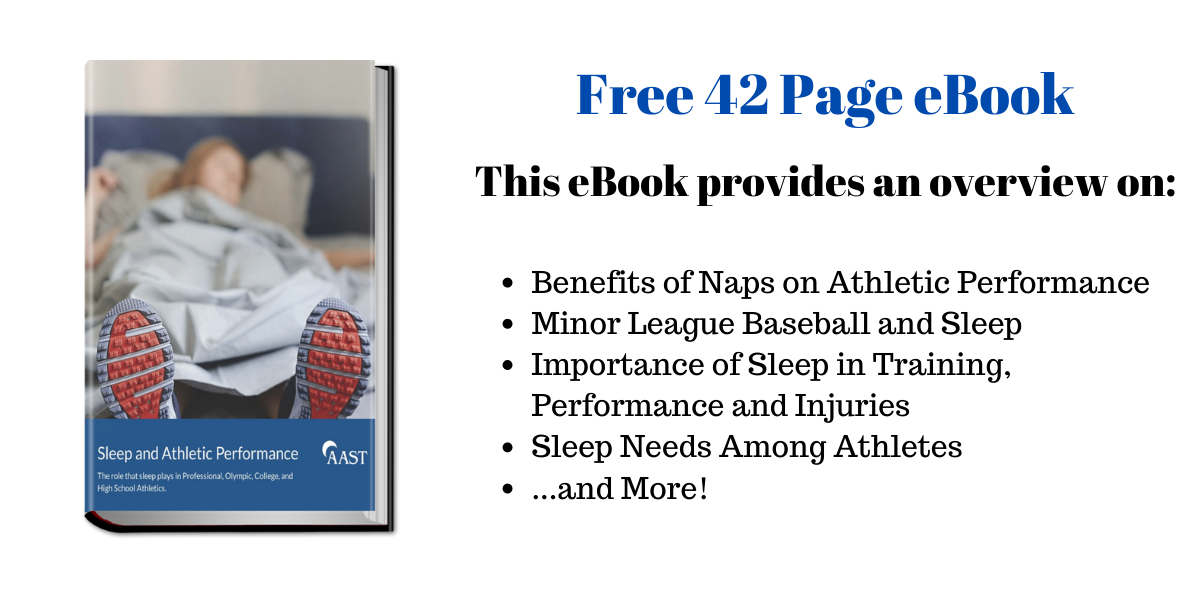